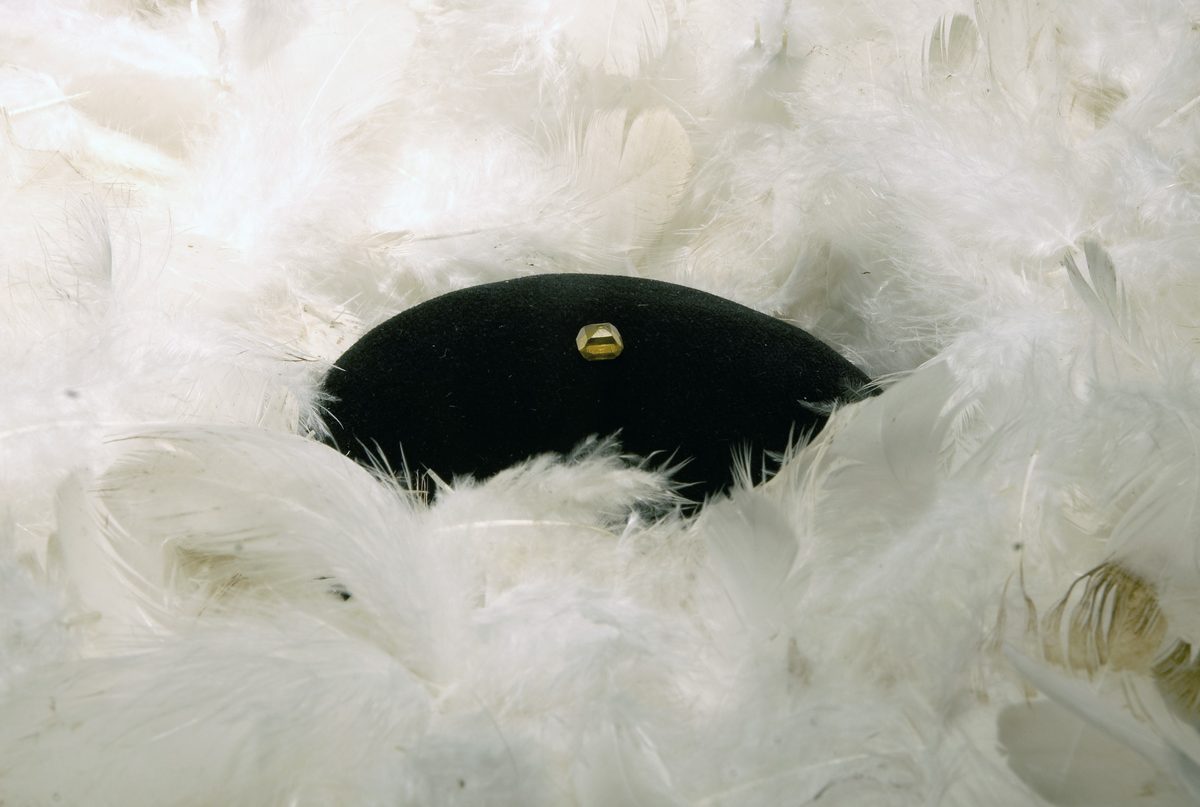 The concentrated essence of two canaries, two budgerigars, a crow and a boiling fowl were made into synthetic diamonds at two former Soviet institutes. To this end, Hendricks carefully removed the feathers of each bird and sent the bodies to a first institute, where they were initially transformed into carbon and then into extremely pure graphite. After that a synthetic diamond was manufactured from the graphite at a second institute. The stone remained a raw diamond and was not cut. 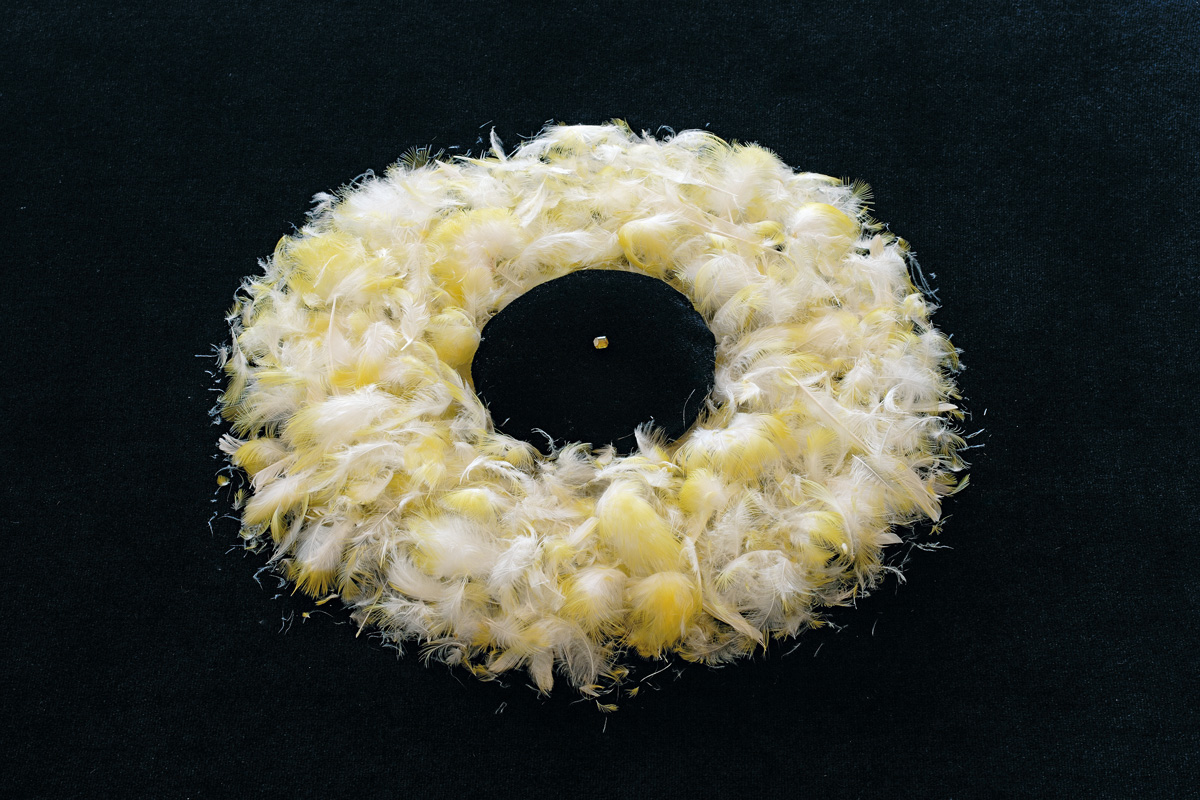 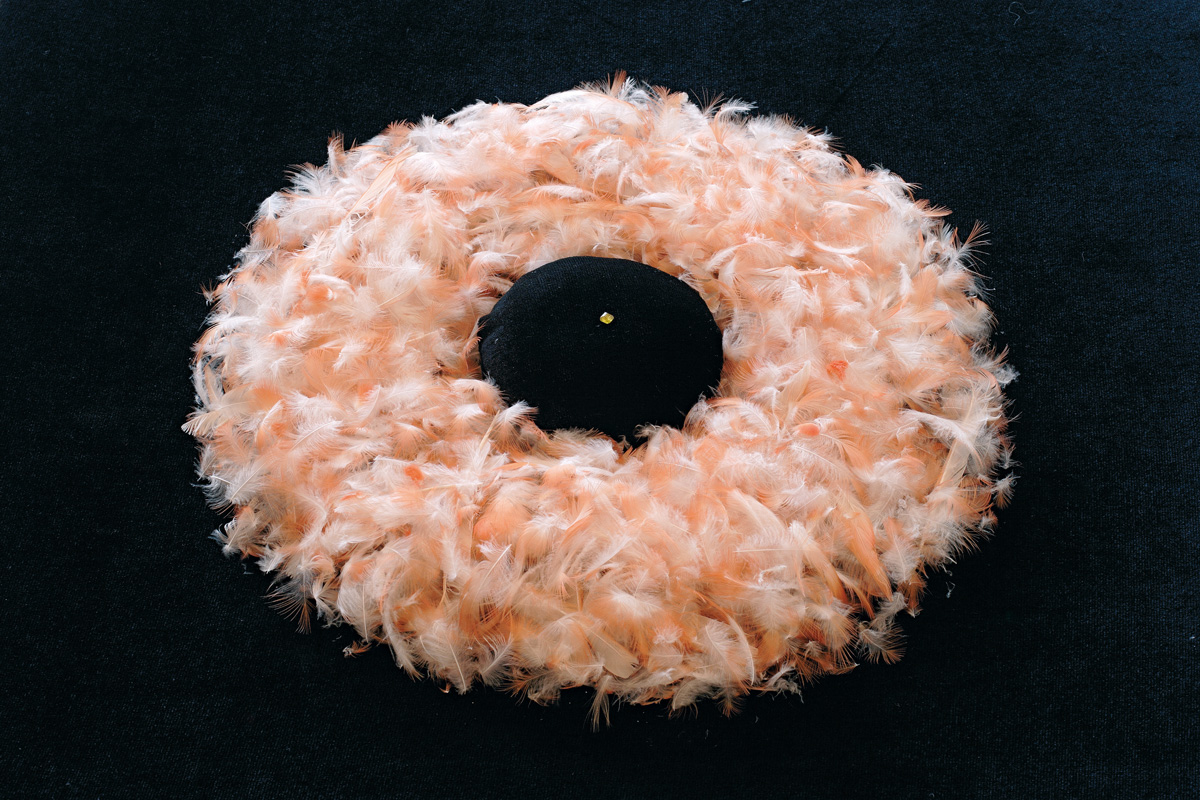 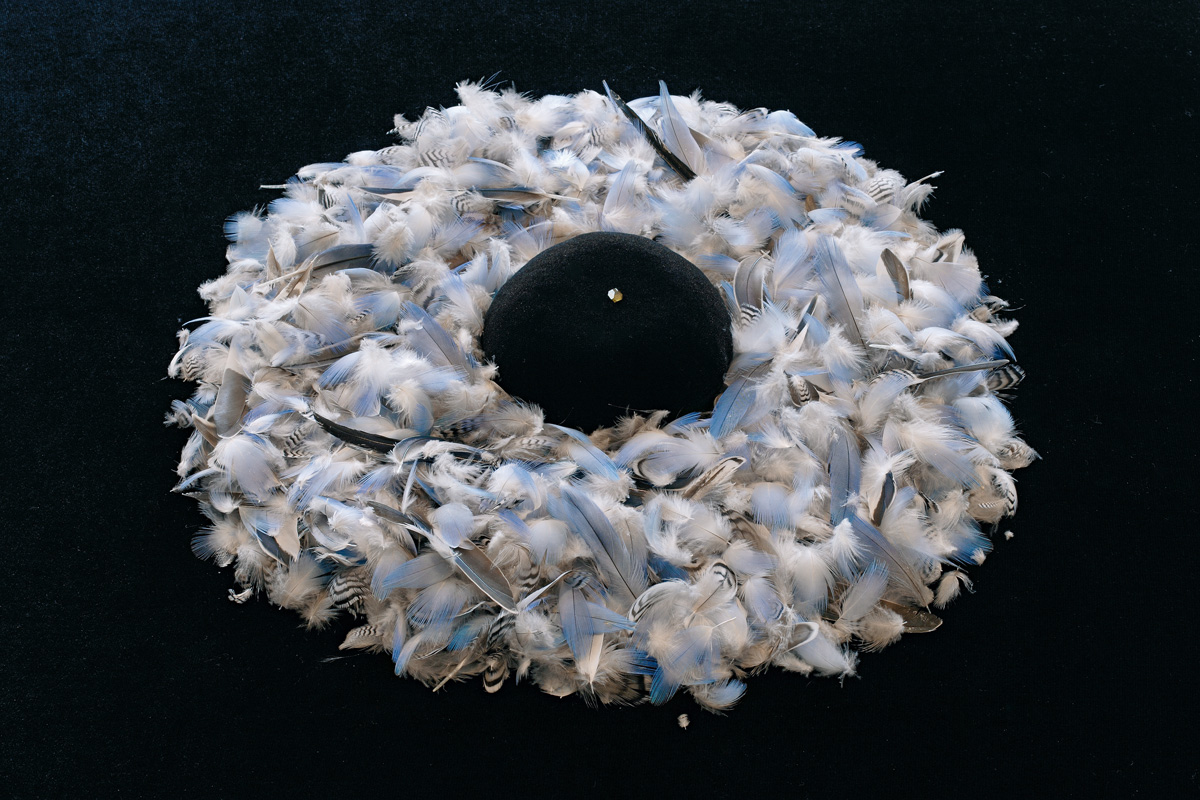 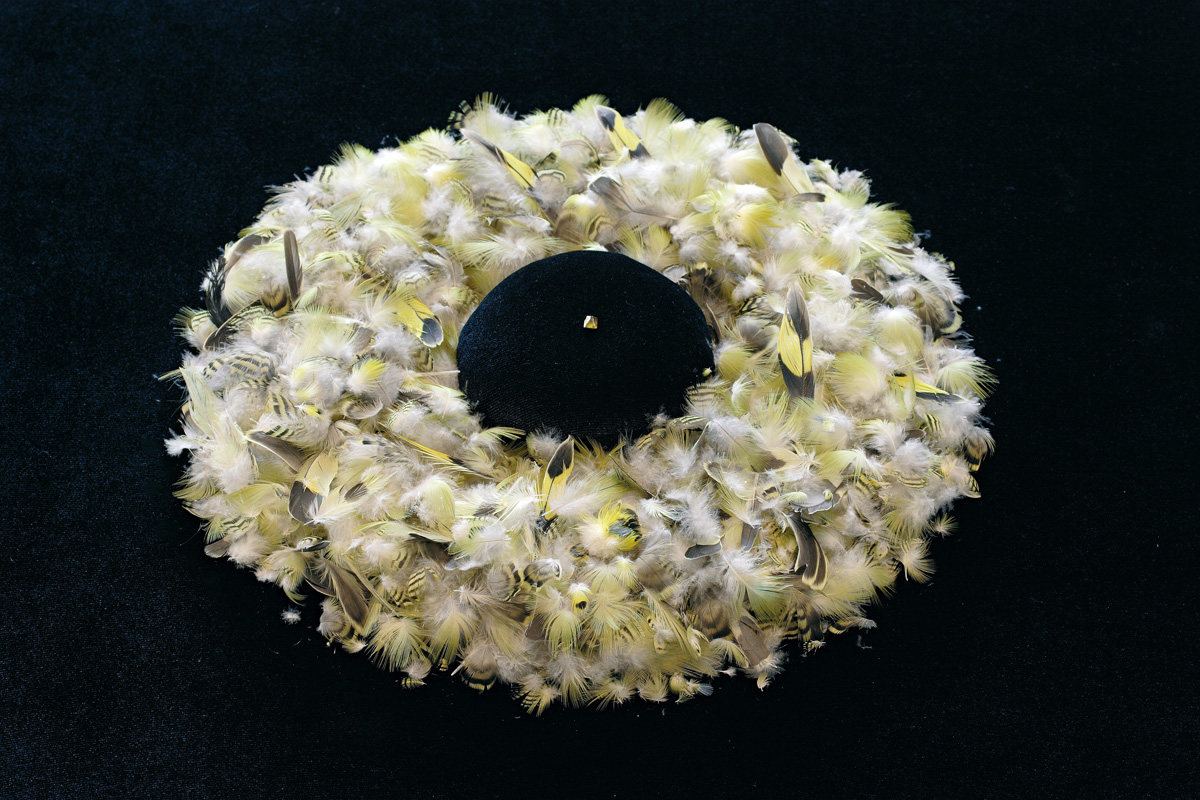 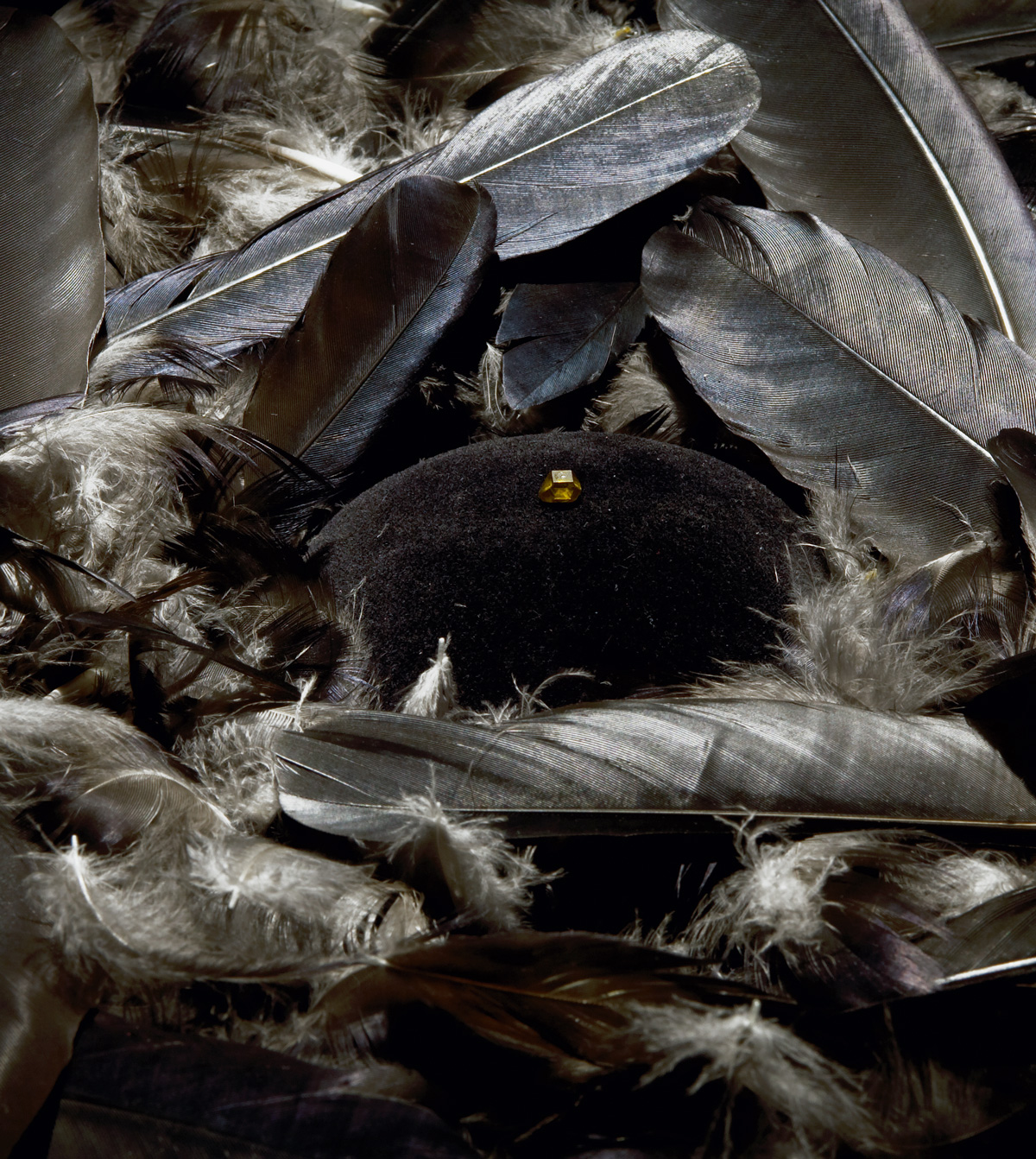 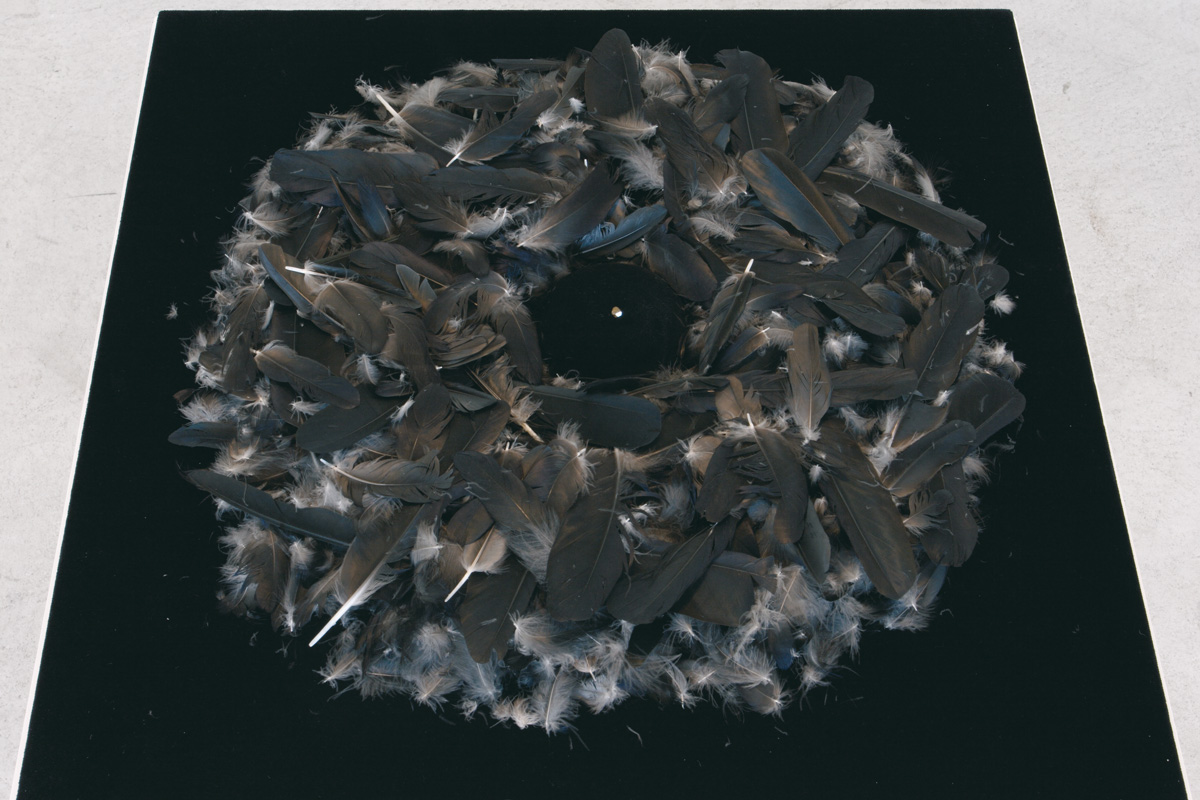 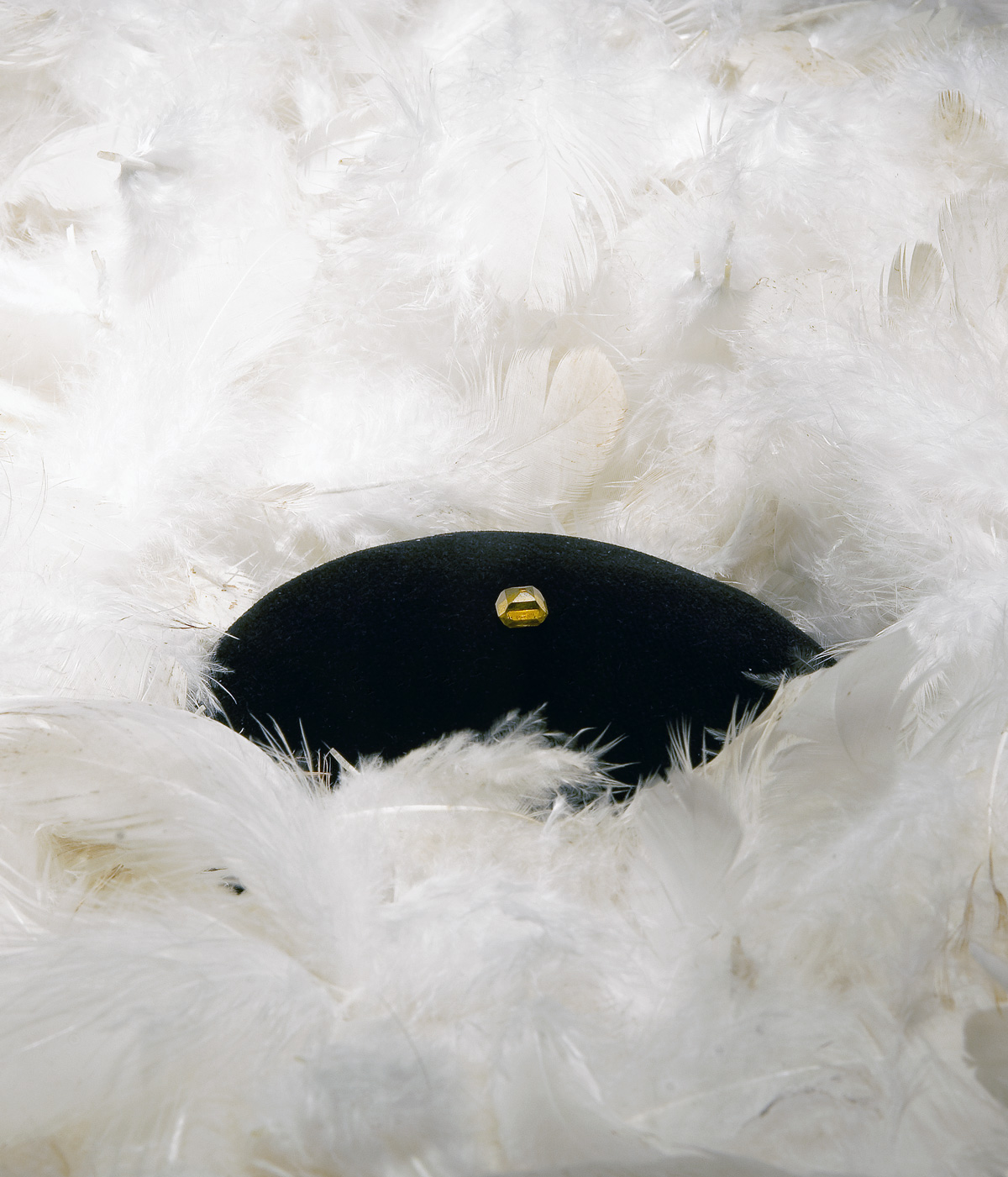 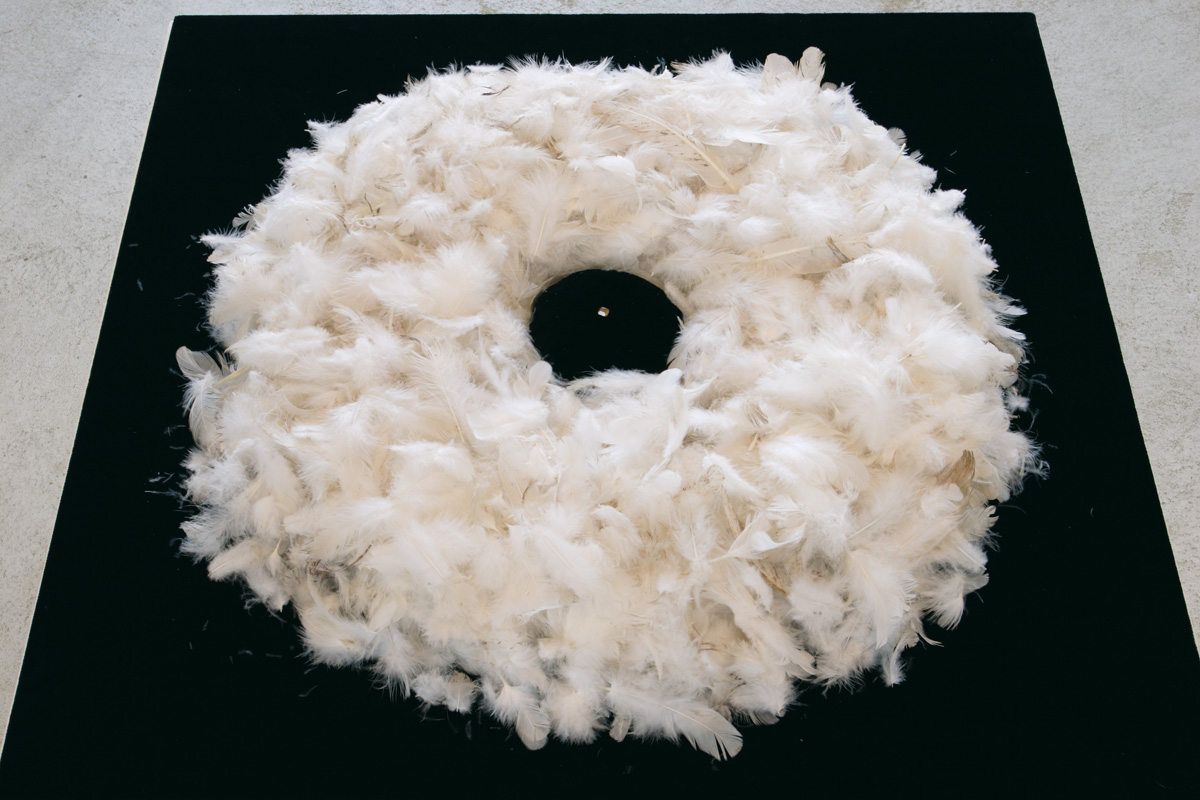 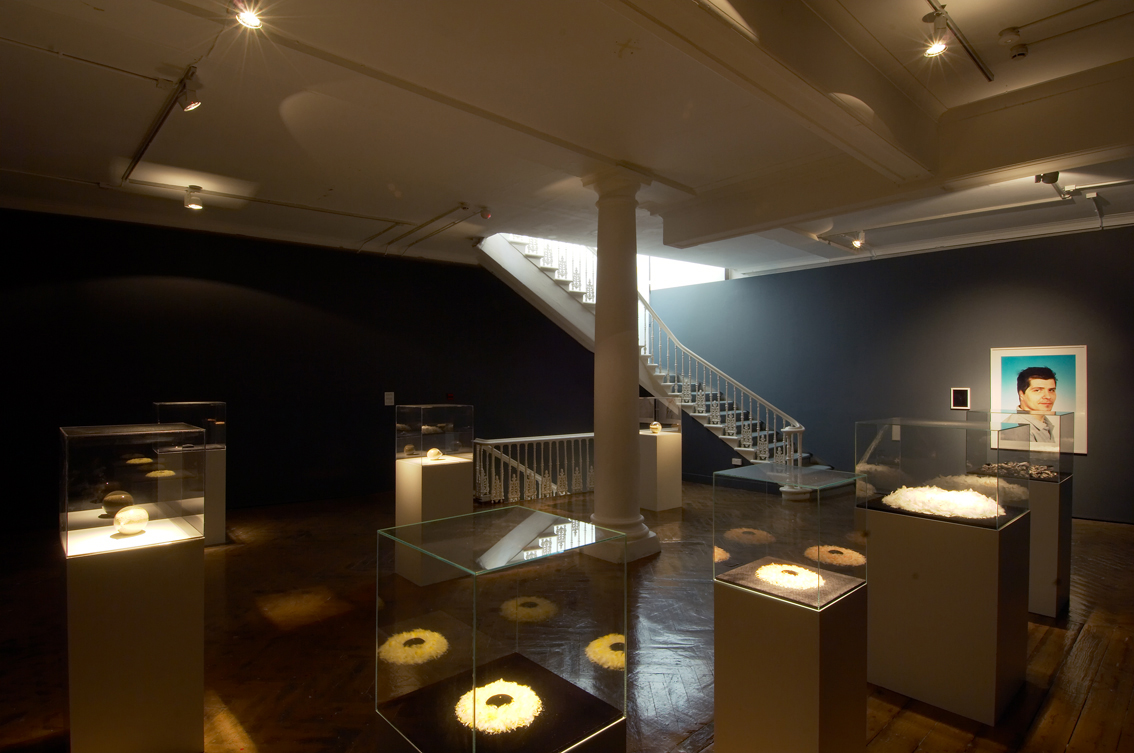 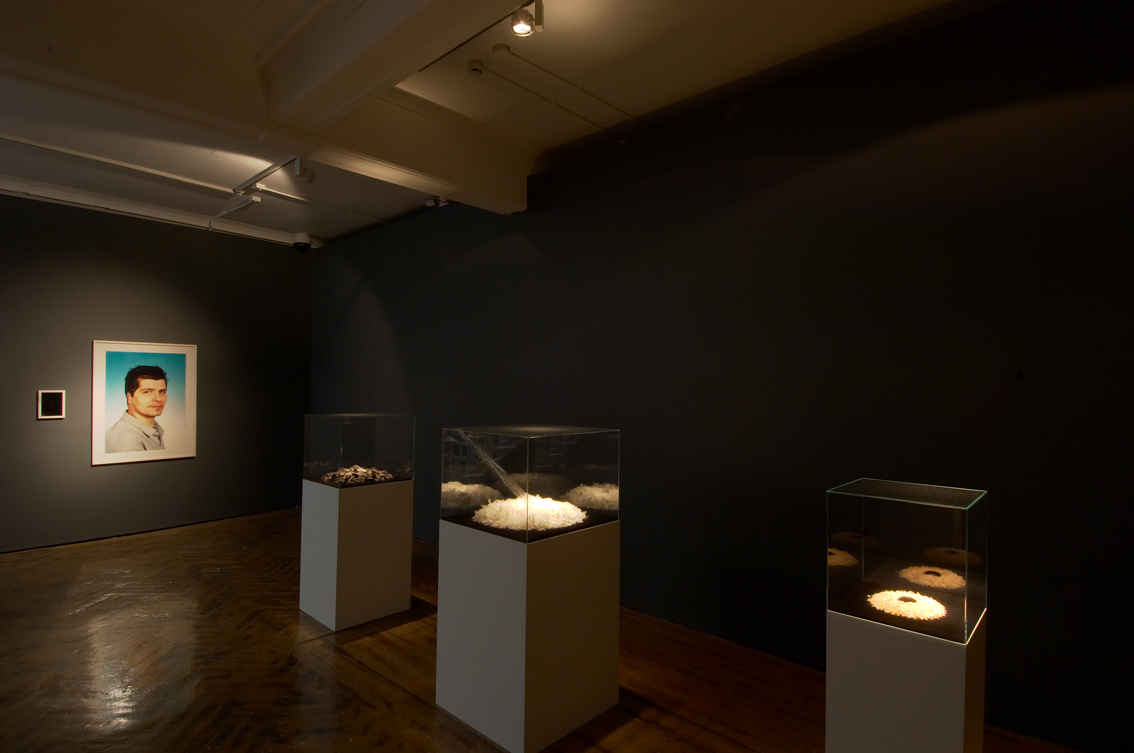 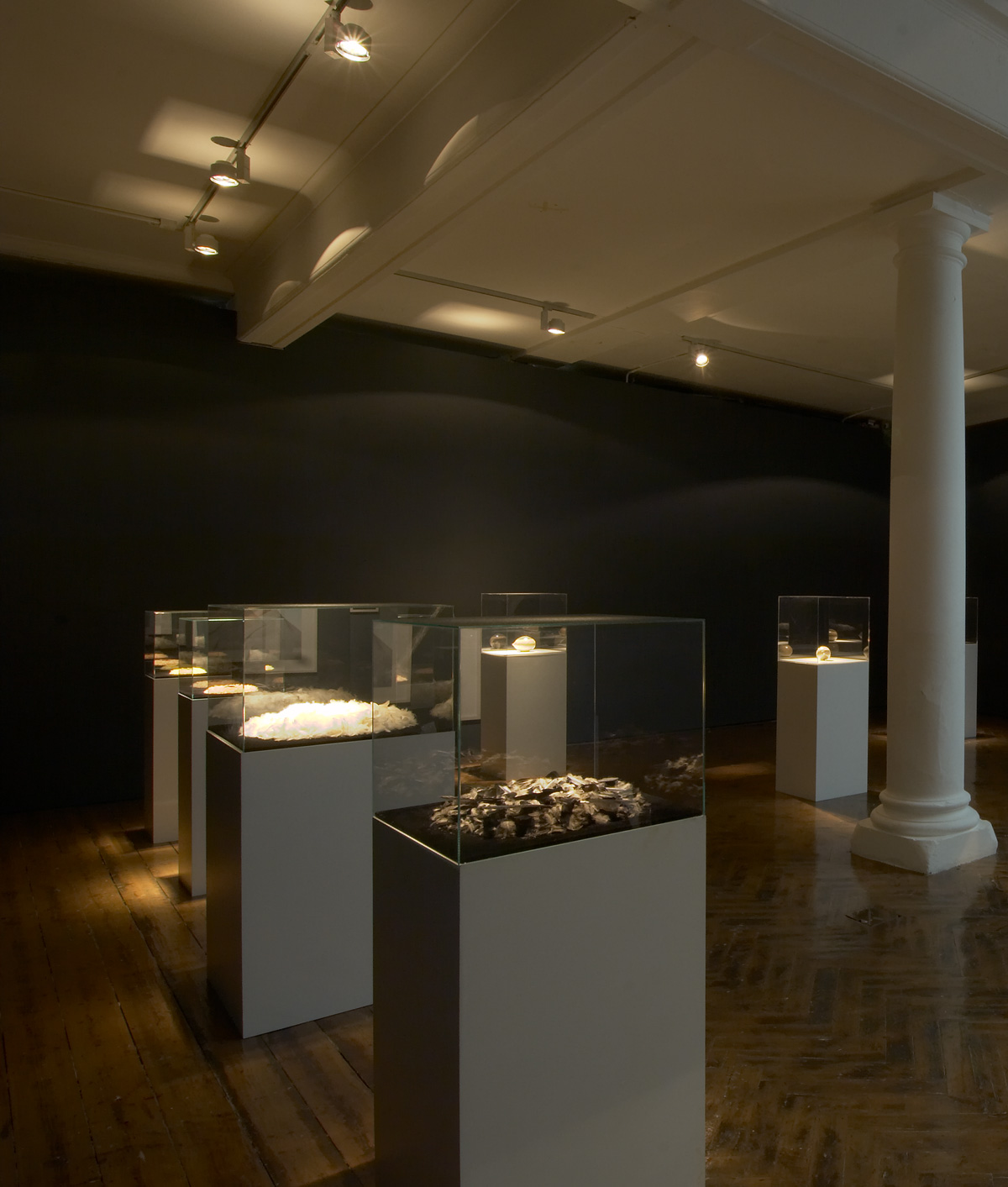