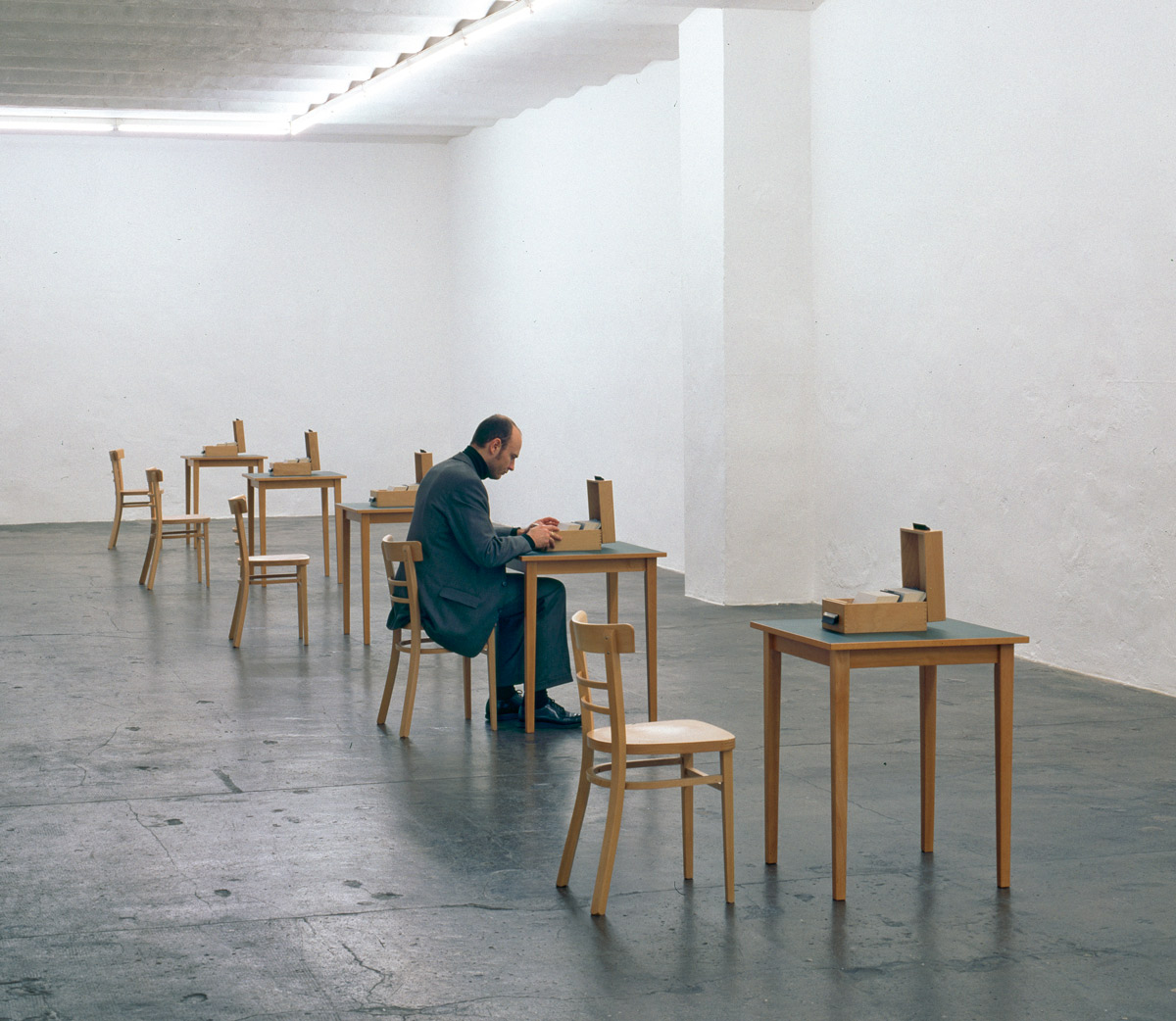 « … Five small tables in a room, onto each one an index cardbox has been placed, containing between 30 and 40 caption cards, and five chairs inviting the spectator to take a seat and read. Each card is a work of art in itself, giving information as to it´s title, the year of it’s origin, the technique and it’s size. Any conceivable technique is mentioned almost to the point where a megalomania of 20th Century Art is created, seemingly prohibiting any possible combination between material and technique. Due to their titles these fictitious works of art refer to the world at large, to matters of consciousness and the perception of the real, as well as to the confrontation of intellectual analysis and free association. Yet the hardware has disappeared, and all that remains are bits of information, bits of information that create new works of art from recollections in the imagination of the minds of those spectators who read them … » Dorothea Strauss 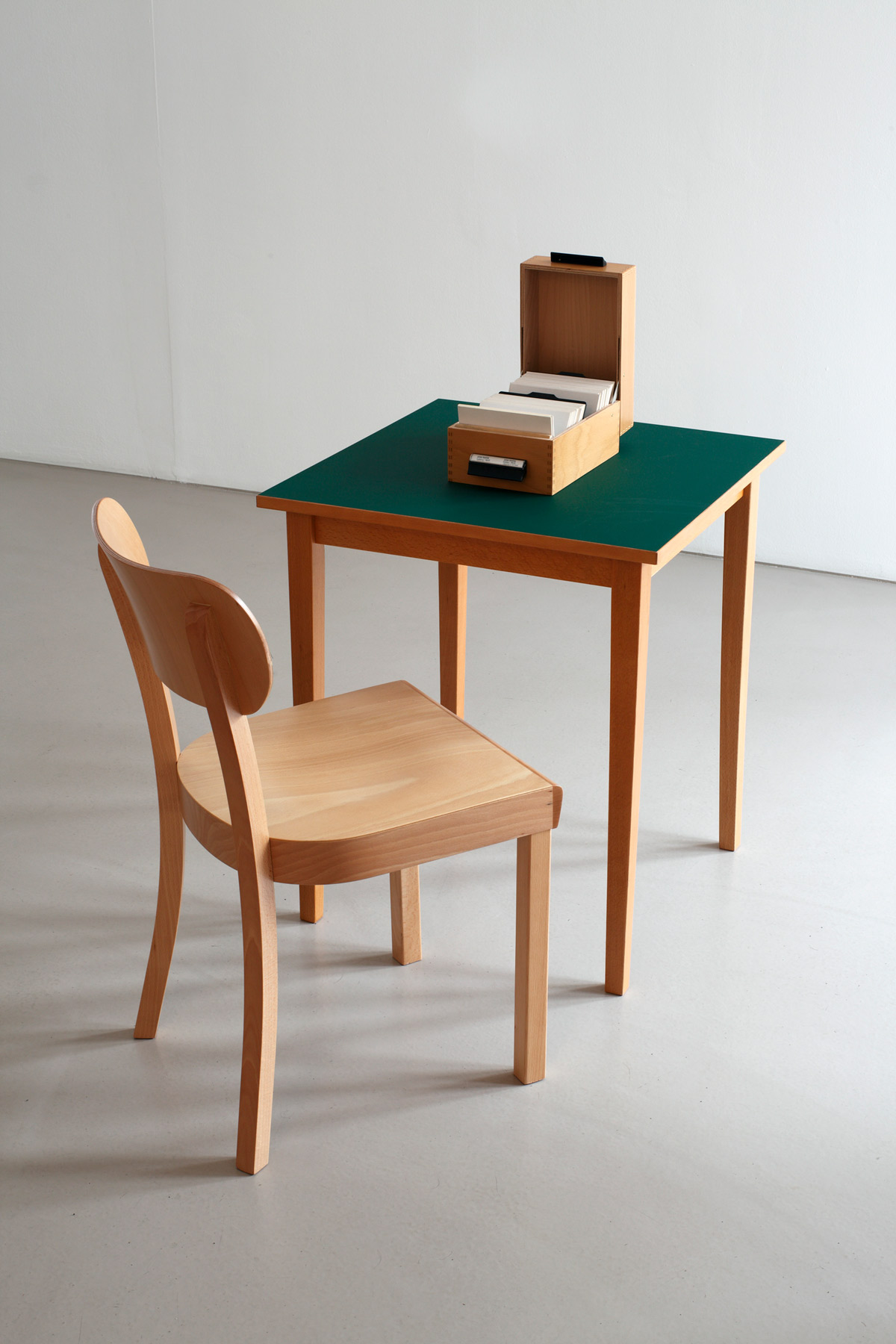 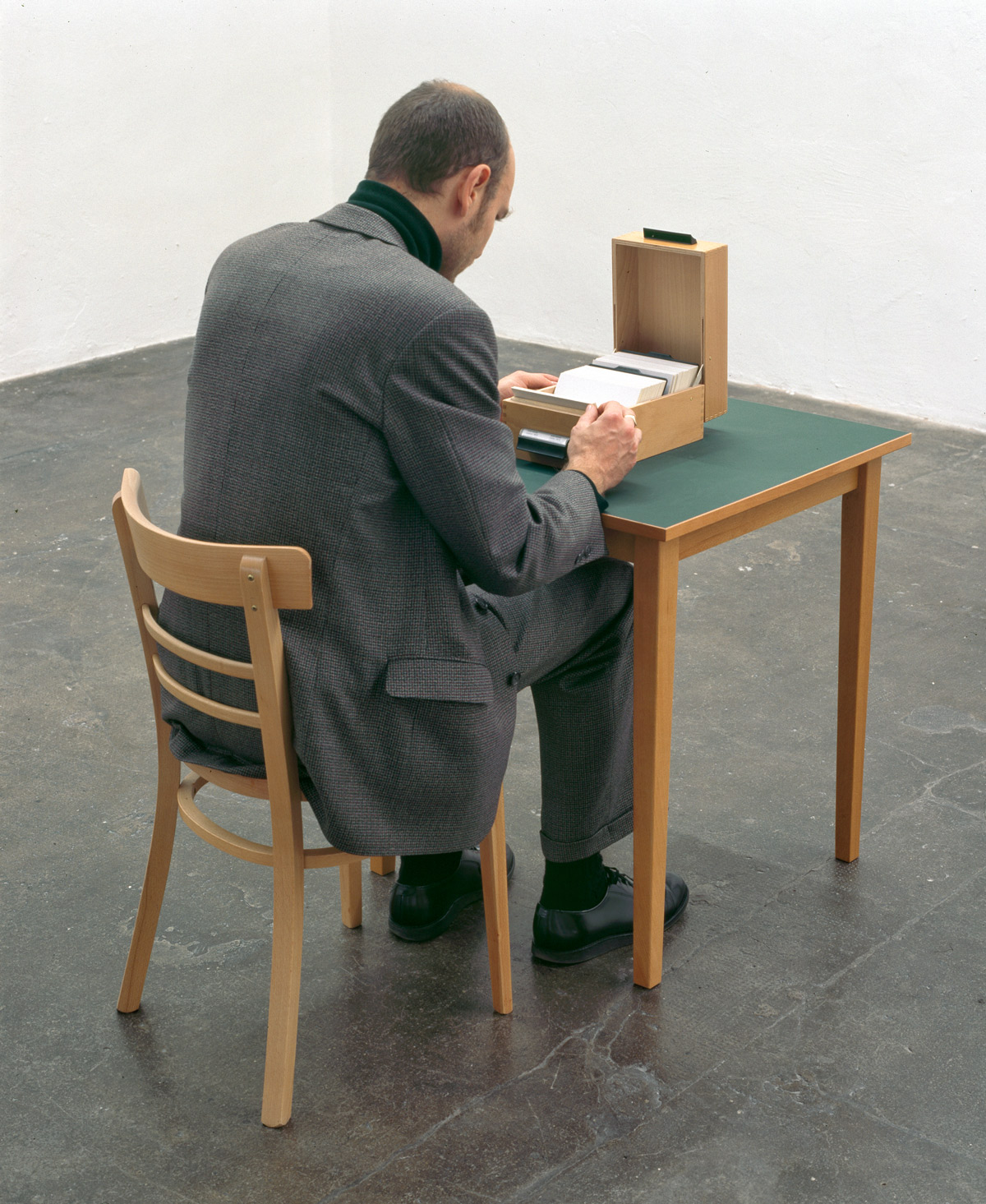 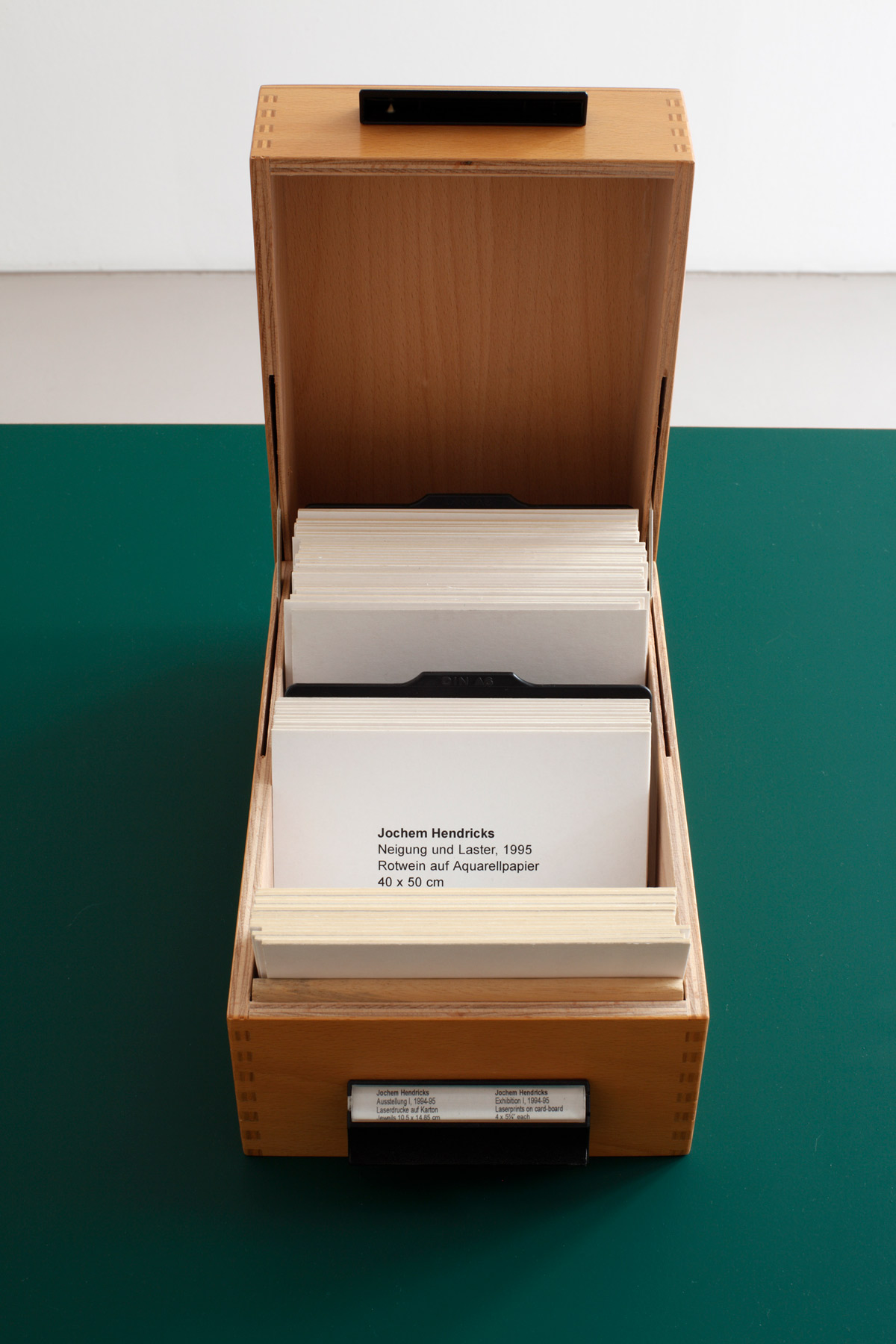 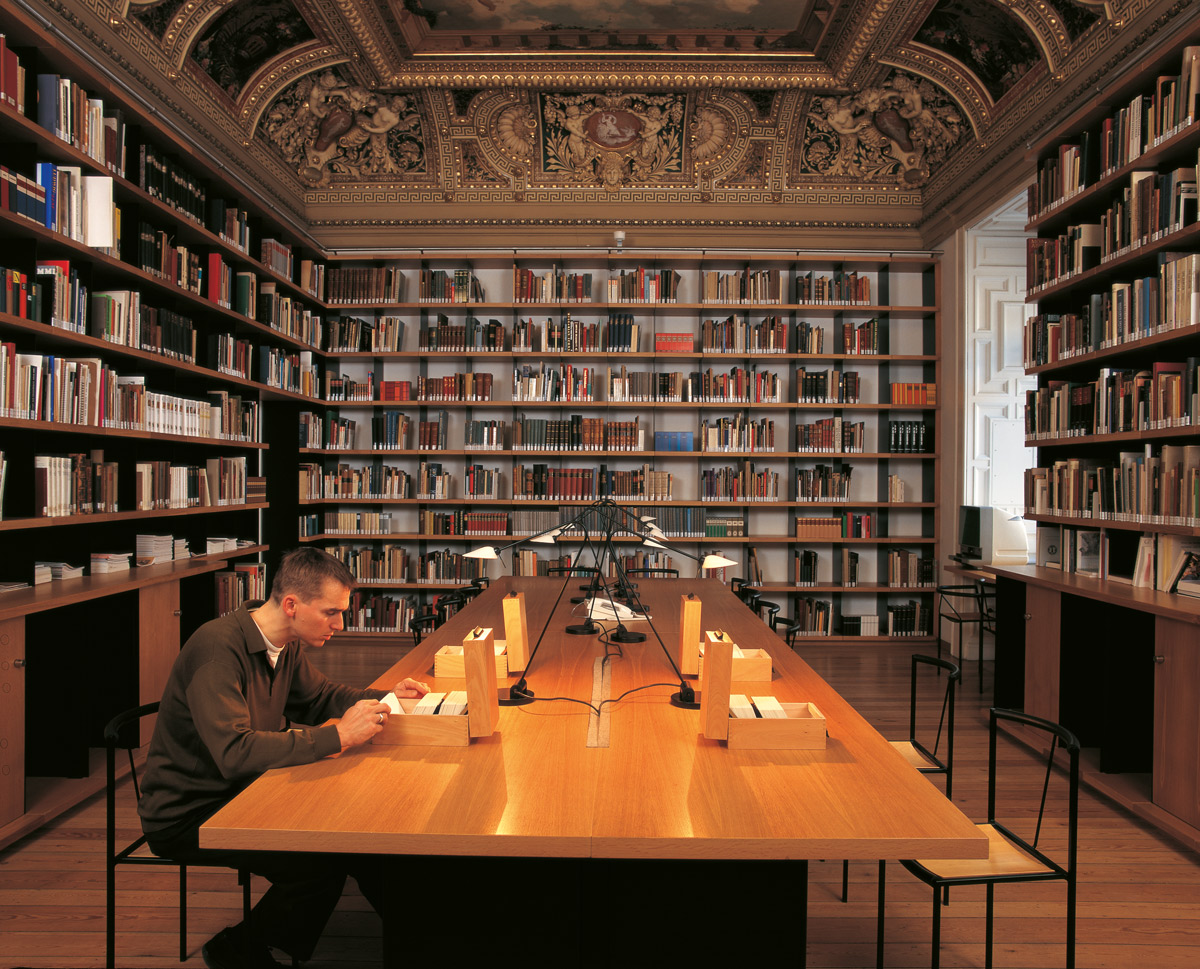