«The sweetly flying cupids, spread out over the wall, embody closed cycles. Their effect is not ironic, it is trivial. The closed cycles (based on DNA-curves) display a uniform natural order by means of their monumental scale and the often complex symmetry of their forms. In other words: these paths are not determined by the cupids «cheerfulness». These little angels have been channeled into predetermined cycles instead. At this point the explosive nature of the work becomes apparent. This discrepancy makes the stomach cringe. Just like when hearing the normal everyday terminology sweetly playing down things, in a way this is just as brutal as verbal abuse.» Jean-Christophe Ammann 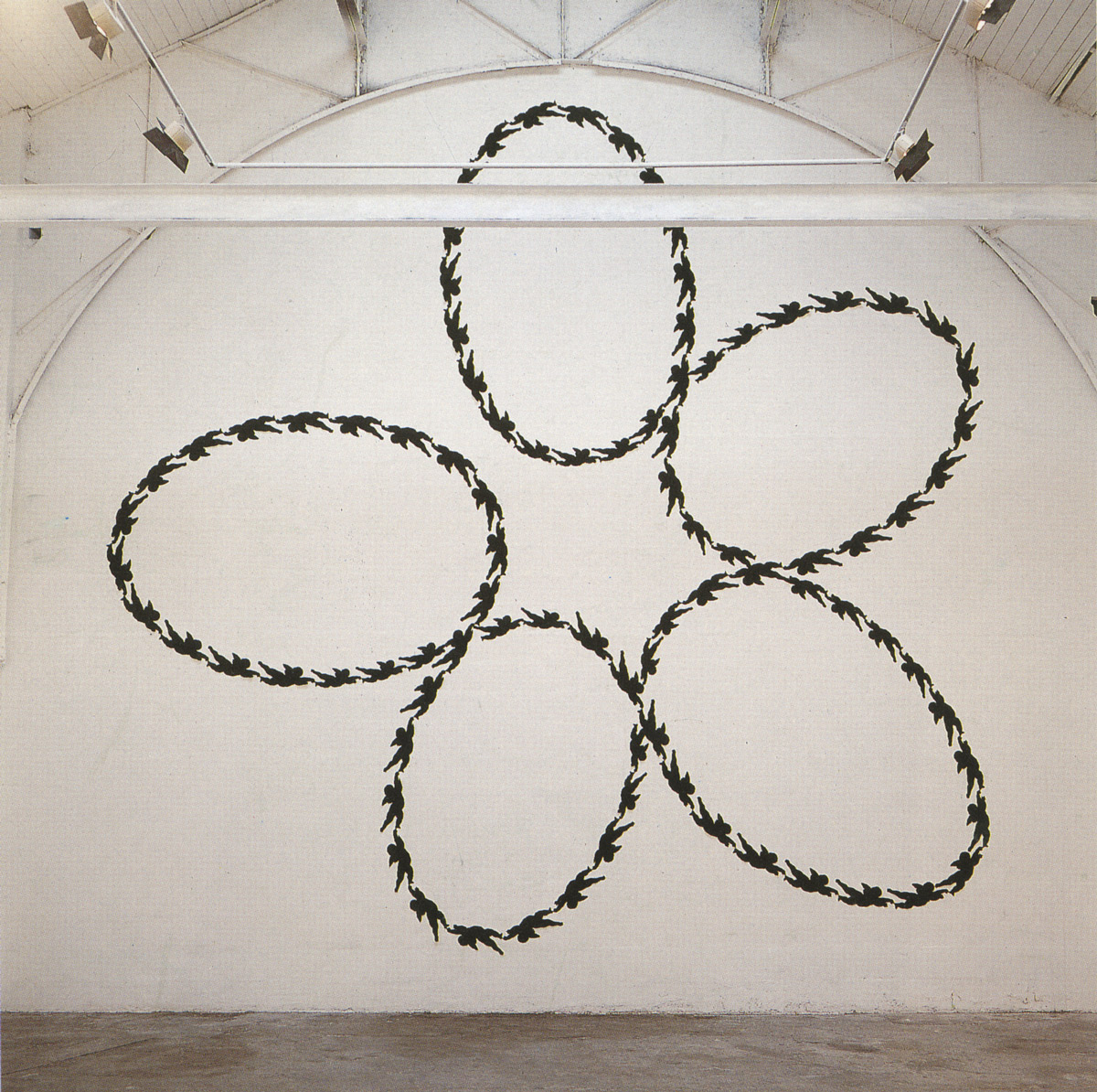 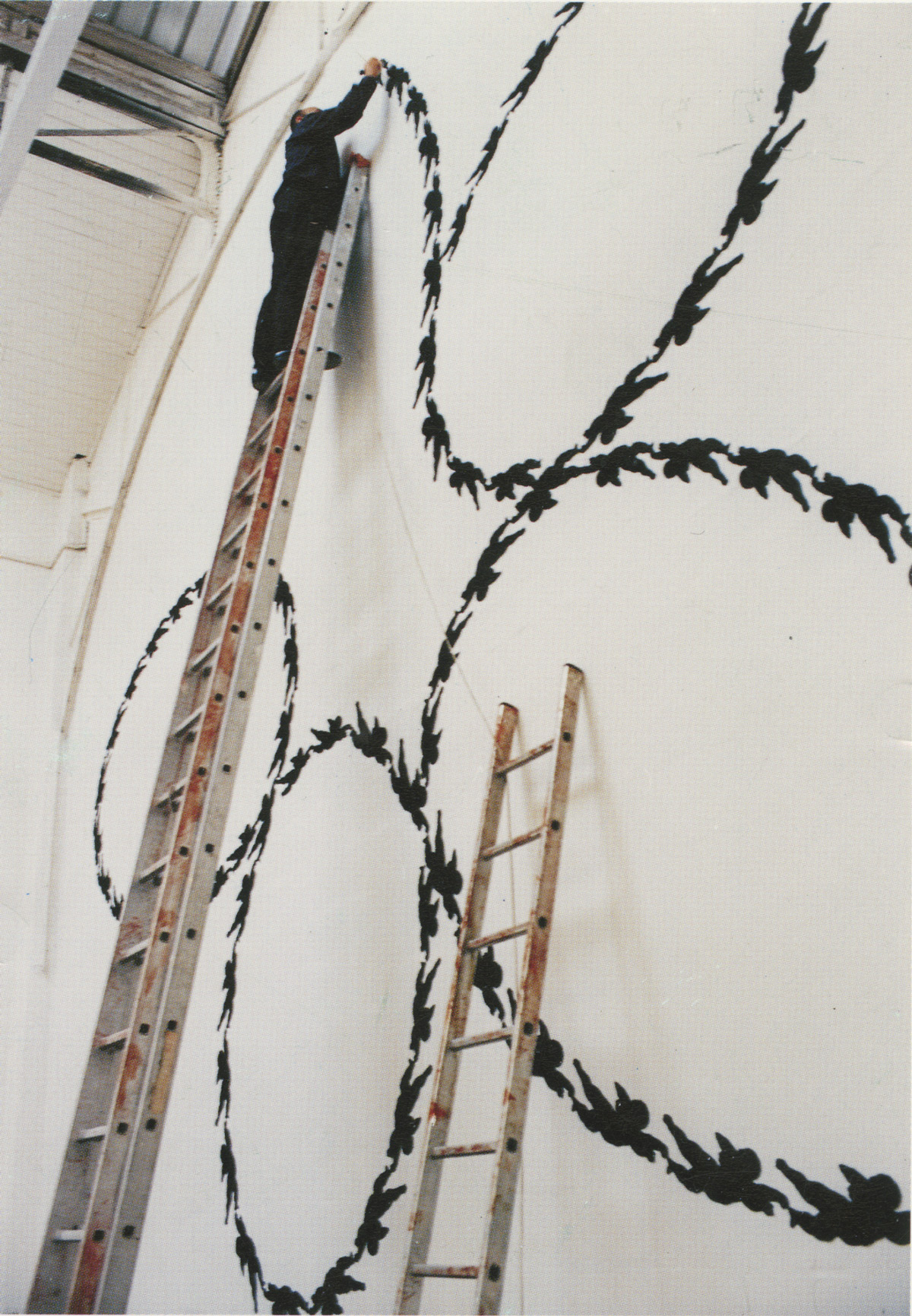